Half the workforce in the western world is dissatisfied with their careers, but around a quarter of them are too afraid to make any change, trapped by their fears and lack of self-confidence – says Roman Krznaric in his book “How to find fulfilling work”.

I looked up the research he was citing and found out some curious facts about Denmark in regards job satisfaction (in 2007 though.. I wonder how is the current situation?):

When it comes to realising your workplace aspirations and making the most of your potential, it pays to be Danish. The Danes stood out in the research as overwhelmingly contented with their lot. Most respondents clearly felt they have found their niche:

The Danes express satisfaction in spite of the fact that just a small number have pursued their dream career – less than one in ten. Nearly half would take a different path a second time around.

Clearly, more effective development of their employees by Danish organisations has some bearing on their levels of job satisfaction:

A research report by OPP July 2007 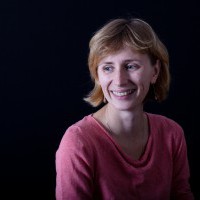 On curiosity … “the drive to know more than you do now” … #notes #reading #stephaniedowrick #creativejournalwriting #creativityworkshops #findingcreativeflow #cognitiveneuroscienceofcreativity
“A mind that is stretched to a new idea never returns to its original dimension” - Oliver Wendell Holmes … such a beautiful image! In my #creativity workshops we definitely work with stretching the mind, some simple exercises as a work-out for the brain, to develop new pathways and train the creativity ‘muscle’ - follow this space for announcements about the upcoming workshops #findingcreativeflow #cognitiveneuroscienceofcreativity #creativityworkshops #copenhagen #denmark #diakopto #greece #developcreativity #curiosity #reading #stephaniedowrick #creativejournalwriting
With many of my clients we are working on exactly these issues: understanding own motivations, understanding the choices one makes or avoids making, understanding why do we often tend to choose the comfortable past, which often leads to stagnation, and what prevents us from choosing the future, unknown, uncertain, with possible failure, but choosing the future that’s where the fulfilling and meaningful life is possible.. we work on how to gain the existential courage to overcome the anxiety that inevitably comes with choosing the future. We often work on becoming the driver of our own lives instead of being just an observer, sitting on the station and watching the train pass by … do reach out if that’s something you would like to work on - I currently have availability for new clients .. #existentialanalysis #psychologistincopenhagen #therapyonline #fulfillinglife #understandingownmotivation #reading #stephaniedowrick #creativejournalwriting #anxiety #meaning #existentialcourage
What am I reading now: 📖 I often read a few things in parallel. Currently it is:

Uses and promotes creativity as a resource. Brings together theories on psychology of time and creativity and develops interventions that fuel the innovative processes and change. Inspires strengthening joy.

Anna Sircova, founder of the Creative Time Studio, PhD in Psychology, has over 15 years of research experience in exploring the concept of time. Passionate for cross-disciplinary approach, photography and other creative endeavors.